If you’ve had the pleasure to talk to me you know I like watching the cryptocurrency market. Mostly because I’m waiting for the day that it all comes crashing down. Now I don’t think that cryptocurrencies are all that bad, they’ve actually caused some interesting advancements in the tech world. I just don’t like these coins because they make one of my favorite hobbies very expensive, PC gaming.

Now for a while it seemed as if the altcoin market was going to crash. Not completely mind you, just to a point where it would negligibly impact the GPU market. The price of Bitcoin, the market leader in most expensive single coin, had dropped from almost twenty thousand dollars to about six thousand dollars earlier this year.

But, it seems as if Bitcoin is bouncing back. The price has risen to just over eight thousand dollars. In fact in one day the price rose one thousand dollars, the last time the price rose that quickly Bitcoin reached its highest price per coin of all time. Luckily it seems the price per coin has been hovering at eight thousand. Lets hope it doesn’t rise any higher to entice new miners to snatch up more GPUs and lead to an even worse shortage. 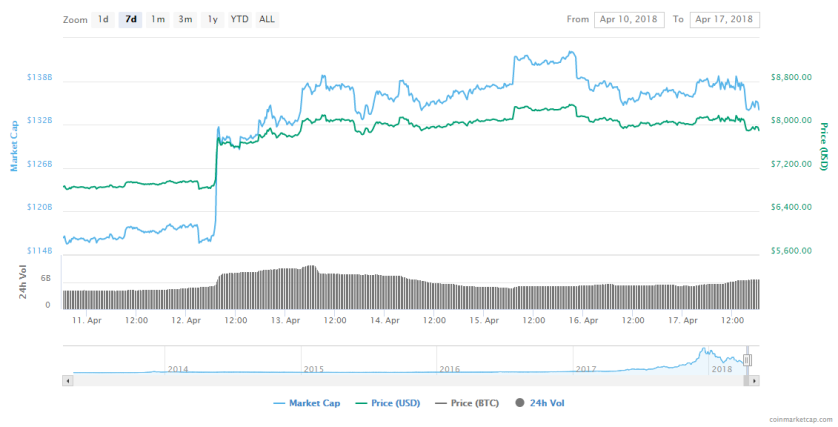 Instructional technology major at the University of Michigan - Dearborn. Avid gamer and computer entusiast. Fan of Detroit Tigers baseball and anime. View all posts by travisalber